When William Griffith Wilson was born in a Vermont town on November 26, 1895, no one ever realized he would start a movement that now has over 2 million members, each one who will call Bill W. their friend. Bill went from an alcoholic who didn’t have a friend to turn to, and became the man that Time Magazine named one of the most important people of the 20th century.

Bill and his sister were raised by their grandparents after both of their parents left, their father relocating and not returning after a business trip and their mother returning to school.

Popular in school, Bill became depressed his senior year when a girlfriend died unexpectedly. Looking back, he once said he never understood how he made it through that time in his life. 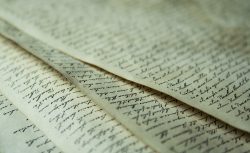 After high school, Bill joined the National Guard, where he had his first experience with cocktails. For the first time in his life, he felt at ease. Later, he would recall that he thought he had “found the elixir of life.”

Shortly after, Bill married Lois Burham, a young woman from New York, on January 24, 1918. Just days later, he left on deployment where he served as second lieutenant in the Coast Artillery. Returning from the WWI, Bill enrolled in law school and his drinking increased. He never graduated, as he was too drunk on graduation day to pick up his diploma.

By 1933, Bill was working as a stock specular, evaluating companies for possible investors, but he was struggling. His life had become unmanageable.

That year, Bill had four different stays at the Charles B. Towns Hospital for Drug and Alcohol Addiction in New York City. He was at the point where he was told he had done enough damage through alcoholism that if he didn’t stop drinking he would either die or end up in a mental institution.

Early Recovery and the Forming of the Fellowship

In late 1934, Bill ended up in Akron, Ohio, where he had recently failed at a business and didn’t have enough money to get home to New York. In dire straits, Bill was speaking to a friend who had recently gotten sober with the help of an evangelical Christian organization called the Oxford Group.

Shortly thereafter, on December 11, Bill experienced what he called a “hot flash,” a spiritual conversion that lead him to never pick up a drink again.

But it wasn’t easy. Not too long later, Bill was still in Akron and ready for a drink. He was upset and struggling against his addiction. He started making calls, trying to find another alcoholic with whom he could talk and he was put in touch with Dr. Robert Smith.

Bill believed for him to remain sober, he had to help someone else get there. While it didn’t happen instantly, Dr. Bob did hear what Bill was saying and on June 10th, 1935, Dr. Bob quit drinking and the first AA fellowship was formed. 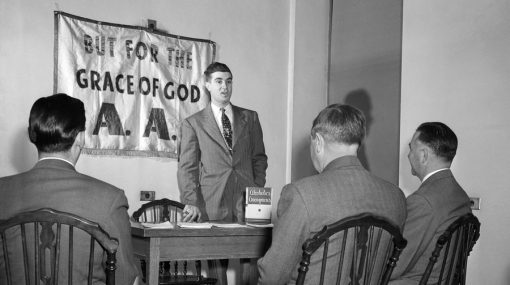 Alcoholics Anonymous in the 1950’s

According to Alcoholics Anonymous literature, it is important to learn the history of the movement to truly reap the benefits …

Three years later, the two worked together to write and publish the Big Book, the leading guide to AA and its philosophies. For the next nearly forty years, Bill worked with alcoholics from around the world and helped millions of people get sober. On January 24th, 1971, he died from complications with emphysema and pneumonia at the age of 75. It was his 53rd wedding anniversary.

While Bill started out his adult life as a drunk who couldn’t get a friend to stand up for him, he overcame alcoholism and now, millions of people from around the world are proud to consider themselves a friend of Bill’s.

If you’re addicted to drugs or alcohol and ready to get sober, call 800-839-1686Who Answers? today to learn about your treatment options.