Home › What are the Twelve Steps and Twelve Traditions?

What are the Twelve Steps and Twelve Traditions?

AA otherwise known as Alcoholics Anonymous is a community-based program, which helps alcoholics to beat their addiction. No one knows the exact origins of the 12 steps or the 12 traditions but most believe they originated from the Oxford Groups in the 1920s and 1930s.

In 1934, it is said to have morphed into what is now the Alcohol Anonymous program. This program is based off a set of 12 steps and 12 traditions. They claim that if you follow the 12 steps and comply with the 12 traditions, you will lead a life away from your addiction.

All 12 step programs are founded on a set of steps. Although different groups have variations of these steps the basic principles are essentially the same. According to Alcoholics Anonymous, the 12 steps that you need to take to recover from your addiction are: 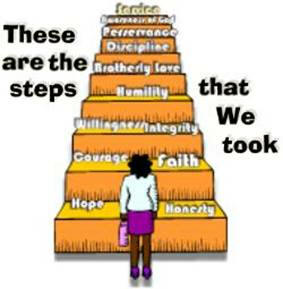 The 12 steps and 12 traditions are meant to be followed by all AA members.

Each 12 step program has a slightly different variation of these. They range from more to less spiritual but the basic idea is generally the same. The original groups believed strictly in nondenominational devotion. The idea is to believe in spirituality and a higher power without judging others for their beliefs. This idea continues in Alcoholic Anonymous programs today. They believe in a nonjudgmental atmosphere in all things except for the desire to stop using.

Along with the 12 steps, there are also 12 traditions. These are the core tenants of the program. They act as kind of a rulebook to the meetings and program in general.

The Oxford Groups which most believe Alcoholics Anonymous came from also believed in the pattern of anonymity and sharing to the benefit of yourself and others.