According to the National Institute on Alcohol Abuse and Alcoholism, millions of people in the United States suffer from a form of alcoholism. It is a growing problem, which requires treatment. Although the vast majority of people do not have a problem with alcohol, there are some that develop a variety of social, personal, and work related issues due to their alcohol use. It is always good to recognize when there is a problem before it begins to damage your life. The best way to know if you need treatment for alcoholism is to recognize the patterns of alcohol abuse. Fortunately, most of the patterns of alcohol abuse are recognizable by knowing the four stages of alcoholism. 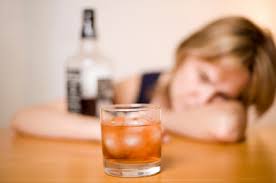 If you can’t get through the day without a drink you may need to seek help for alcoholism.

In pre-alcoholism, there are signs that a person might be on the road to becoming an alcoholic. These signs look normal to someone who does not know the person but are evident to those that do. They look like a typical alcohol user. Some of these signs are drinking:

People in the pre-alcoholic stages of alcoholism start to use alcohol as a tool rather than as a social or pleasurable practice. Although they start off enjoying alcohol, it rapidly turns into a need.

Early alcoholism shows the continuation and worsening of these drinking behaviors. Many people who reach stage two have their first alcohol related blackout. Blackouts are a memory interruption that is caused by the alcohol. The causes of these blackouts range from binge drinking to drinking large amounts of alcohol. During a blackout, the brain stops recording memories. This leads to further inhibition and risky behavior. Blacking out is extremely dangerous and unless someone tells you what you did during it you might never know. Usually experts advise quitting drinking after the first time that you blackout. Although blackouts are usually caused by drinking large amounts of alcohol, they can occur after just one drink or during a drinking binge.

Binge drinking is a form of drinking that many overlook. Binge drinkers only drink occasionally but when they do they drink for long periods of time and large amounts. They might have every intention of only having a few drinks but this continues into drinking for days. Binge drinkers do not drink every day or even frequently but when they start drinking, they have difficulty stopping.

Another sign of being in the middle stage of alcoholism is trying and failing to stop drinking. You might attend support groups, mention it in passing to your doctor, or otherwise try to find ways to stop drinking. At this point, your drinking is unmanageable and it seriously starts hurting your job, relationships, family, friends, and health.

This is the final stage of alcoholism. In previous stages, alcohol just had an impact on your life, now it is destroying it. Trying to quit proves futile and you might experience alcohol withdrawal syndrome.

Alcohol withdrawal syndrome is an indication that your body is dependent on the alcohol. When you try to stop drinking, it sends you into seizures, panic attacks, severe depression, and severe physical illness. This is the most dangerous aspect of being an alcoholic because the chance of you dying suddenly is very high. It is also the reason why many doctors suggest that you seek inpatient treatment when detoxing from the alcohol.

During this stage, your health declines and you show signs of extensive liver damage. Drinking is a constant or an all day affair. Your friends and family have not only mentioned your drinking but begged you to stop. If you do not seek help at this point, alcohol will completely destroy your life.

These stages of alcoholism are good indicators of a drinking problem. Most people have difficulty stopping after the first and second stages, many of them do not seek treatment until they are in the final stages.

According to the National Institute on Drug Abuse, most people have tried alcohol before they are 26. Many of these people become alcoholics. They go through the stages of alcoholism and need treatment. It is important to remember, treatment is easier, and has a greater chance of success when you start early and use a comprehensive program. If you think you are in any of these stages seek qualified medical help. Alcoholism is a serious disease.