Alcohol’s damaging effects extend well beyond compulsive drinking and reckless behaviors. As a substance, alcohol slowly eats away at the body’s cells and tissues causing widespread disruption throughout the body’s system as a whole.

People seeking out treatment for chronic alcoholism often enter the treatment process with a range of problems, both physical and psychological. Though addiction recovery may be the focus of treatment, serious medical conditions can greatly compromise a person’s recovery efforts. For this reason, it’s equally important to receive needed medical care when recovering from chronic alcoholism.

For some people, what starts out as a casual drink here and there turns into an out-of-control behavior that impacts most every major life area, including their health. According to the Centers for Disease Control & Prevention, between the years 2006 and 2010, chronic alcoholism accounted for:

Effects of Chronic Alcoholism on the Body 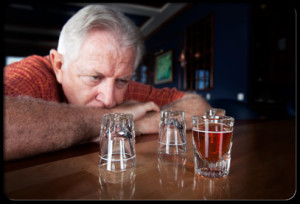 Chronic alcoholism can cause severe damage to the liver and pancreas.

Over time, excess drinking weakens heart muscle, impairing the heart’s ability to contract and pump blood through the body. Also known as alcoholic cardiomyopathy, this condition causes intermittent blood flow shortages, which can result in damage to the body’s organs and tissues over time.

Under these conditions, the risk of stroke increases considerably in cases of plaque build-up along blood vessel passageways. Alcohol’s effects also interfere with the heart’s electrical activity, causing an irregular heartbeat or arrhythmia to take shape.

The liver acts as the body’s filtering agent, removing toxins and harmful materials from the blood. Chronic alcoholism makes the liver work especially hard to the point where cells start to die off, leaving entire sections of the liver inoperable. As a result, toxins start to build-up in the bloodstream.

The pancreas’ main role works to facilitate digestion by secreting needed enzymes into the small intestines. Alcohol disrupts this process, causing enzyme materials to build-up in the pancreas. With chronic alcoholism, damage to the pancreas leaves the body unable to metabolize food materials.

Long-term alcohol abuse causes extensive damage to the brain’s structures and overall chemical-make-up. According to the National Institute on Alcohol Abuse & Alcoholism, chronic alcoholism results in ongoing states of mental confusion and losses in muscle coordination. Long-term effects on brain function may also result in impairments in learning and memory. This condition, commonly known as Wernicke–Korsakoff Syndrome, affects a person’s ability to function in everyday life in terms of work or even caring for oneself.

Upon entering alcohol treatment, people with a history of long-term drinking will likely experience dangerous withdrawal symptoms, such as seizures and delirium tremens, both of which warrant immediate medical care, according to the University of Maryland. Considering the extensive damage brought on by chronic alcoholism, the need for immediate and ongoing medical care becomes a critical component of the recovery process.