The Depression-Alcohol Abuse Cycle and the Need for Treatment

Alcohol’s ranking as the most commonly abused addictive substance continues, and will likely persist considering how American culture has come to view drinking as an acceptable pastime. Albeit so, alcohol consumption does come with certain risks, especially when amounts consumed increase over time.

The near immediate “pick-me-up” experienced after taking a drink can be deceiving, leading a person to think continued drinking will prolong the relaxed and happy feelings brought on by the first drink. In actuality, once drinking reaches a point of excess, the alcohol-depression cycle kicks into gear. Being able to spot the signs of a depression-alcohol abuse cycle can help you make the decision to get needed treatment help before a full-blown addiction starts to take root.

Chemically speaking, alcohol produces both stimulant and depressant effects, elevating a person’s mood when consumed in small amounts. When consumed in large quantities, alcohol acts as a depressant, slowing down the body’s chemical processes as well as “depressing” a person’s overall mood state.

People who consume large amounts of alcohol on a regular basis stand to experience repeated bouts of depression that increase in duration and frequency over time. In effect, the likelihood of developing a full-blown major depressive disorder increases the longer a person engages in alcohol abuse behaviors, according to the National Institute on Alcohol Abuse & Alcoholism. 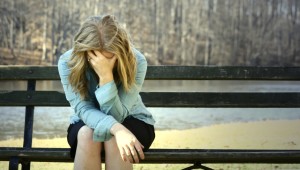 Long term alcohol abuse can lead to a depressive disorder.

Withdrawal episodes entail a range of uncomfortable symptoms, including depression. Other withdrawal symptoms experienced include:

Withdrawal episodes play a pivotal role in driving the depression-alcohol abuse cycle as drinkers tend to keep drinking in an effort to ward off uncomfortable withdrawal symptoms.

Like alcohol, mental illness thrives within a chemically imbalanced brain. Consequently, the presence of a psychological disorder only works to aggravate alcohol abuse behaviors. Likewise, the effects of continued drinking worsen symptoms associated with mental illness. At this point, the depression-alcohol abuse cycle functions on a whole new level as the effects of psychological disorder add fuel to the fire. 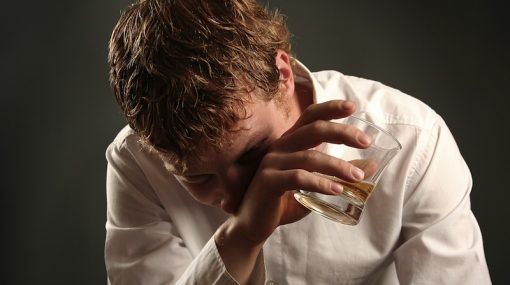 With alcohol being a permanent fixture in modern-day society, it’s no wonder so many people start out using alcohol on …

From Alcohol Abuse to Alcohol Addiction

Considering the tight interrelationship between alcohol abuse and depression, it’s easy to see how a full-blown alcohol addiction can develop out of these conditions. Once a person starts experiencing frequent bouts of depression coupled with withdrawal episodes, the downward spiral into addiction becomes inevitable in the absence of needed treatment help.

If you or someone you known struggles with alcohol abuse and depression, it’s never too soon to consider your treatment options. If you have any questions about alcohol abuse or need help locating alcohol rehab programs in your area, please feel free to call our toll-free helpline 800-839-1686Who Answers? to speak with one of our phone counselors.