Alcohol remains and has always been the most commonly abused addictive substance across the globe. Easy access to alcohol, relative affordability and the overall permissive attitude towards alcohol use in American culture all contribute to rates of alcoholism. For people most susceptible to addiction, these conditions make it that much easier to get caught up in the web that alcohol weaves.

Not unlike drug addiction, alcoholism can upend a person’s life, creating discord within the home and making it all but impossible to function effectively in daily life. With long-term alcohol use, the brain undergoes considerable damage, diminishing a person’s overall functional capacity. Breakthrough treatments for alcoholism go a long way towards restoring normal brain function and greatly increase a person’s chances of a successful recovery process. 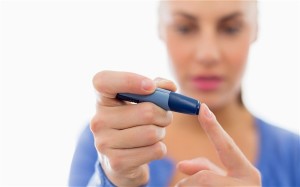 Alcoholism can cause diabetes.

Alcoholism remains a worldwide health concern, accounting for an estimated 2.5 million deaths within any given year, according to the U. S. National Library of Medicine. The damaging effects of alcohol rank third across the globe as a contributing factor in any number of diseases, including:

Besides the disease component, alcoholism has a tremendous impact on communities, families and individuals, destroying lives and families not to mention the medical costs associated with treating alcohol-related diseases.

The effects of long-term alcohol abuse cause damage to most every major bodily system essentially rotting the system from the inside out. Without some form of treatment help, alcohol all but holds the body and mind hostage keeping chronic drinkers enmeshed within the physical and psychological effects of alcohol.

While the physical effects of alcoholism are many, alcohol’s effects on the mind account for a person’s inability to stop drinking. Long-term alcohol creates a state of ongoing chemical imbalance within the brain, disrupting neurotransmitter chemical processes to the point where the brain can’t function without alcohol’s effects.

According to the American Family Physician, alcohol targets GABA and glutamate chemicals, decreasing both GABA and glutamate production rates. Normal levels of GABA work to keep fear and anxiety levels in check, while glutamate works to regulate brain electrical activity.

Over time, disruptions in chemical output reconfigure brain chemical pathways and eventually change the brain’s overall structure as well as how it works. Breakthrough treatments for alcoholism help you stay sober by restoring a normal chemical balance in the brain. In the process, these treatments greatly reduce the residual withdrawal effects and alcohol cravings experienced in recovery.

With alcohol and opiates being two of the most addictive substances in existence, it’s no surprise that these two substances interact with some of the same brain chemical processes. The brain houses its own endogenous opiate system, which regulates pain and pleasure sensations throughout the central nervous system.

According to the National Institute on Alcohol Abuse & Alcoholism, alcohol’s effects on GABA and glutamate output interfere with the brain’s opiate system. This interference accounts for the feelings of relaxation and calm drinkers experience. Breakthrough opiate antagonist medications prevent cells sites within the opiate system from producing the chemicals that cause these effects in the event a person takes a drink.

The pleasurable effects of alcohol play a central role in perpetuating compulsive drinking behaviors, which for the most part drives the alcohol addiction cycle. Likewise, the persistent cravings experienced after a person stops drinking stems from these same effects. By eliminating alcohol’s “feel good” effects, opiate antagonist medications pave the way for recovering drinkers to undo the psychological aftereffects of alcoholism.

Naltrexone, typically used as an opiate addiction medication therapy, also works well at relieving the drug cravings commonly experienced in alcohol treatment. While naltrexone does come in oral or pill forms, having to take daily doses leaves those in recovery open to skipping doses and suffering subsequent relapse episodes.

Long-acting naltrexone injections are designed to eliminate the risks associated with having to take a daily dose. According to the U. S. National Library of Medicine, the effects of a naltrexone injections last for up to four weeks, delivering steady doses of the drug into the bloodstream for the duration. The therapeutic benefits afforded by long-acting naltrexone leads to longer periods of abstinence and reduced cravings for alcohol throughout.

The brain’s opiate system produces dopamine, a neurotransmitter that plays a central role in regulating brain reward pathway functioning. This pathway defines a person’s daily priorities and motivations and dictates his or her emotional responses, choices and behaviors. Alcohol’s effects on dopamine production disrupt reward pathway functions, which forms the basis for compulsive drinking behaviors to develop.

Nalmefene’s action at kappa receptor sites works to block dopamine access to key areas within the reward system pathway. In this way, nalmefene’s effects specifically target the areas of the reward system most affected by alcohol’s damaging effects.

Unlike naltrexone and nalmefene, acamprosate acts as a GABA agonist, increasing GABA production rates in the brain. As a breakthrough treatment, acamprosate’s effects work to reduce anxiety levels and promote feelings of calm. These effects help to reduce alcohol cravings. As long-term alcohol use has lasting effects on the brain’s chemical processes, acamprosate helps to stabilize brain chemical processes by restoring normal GABA production rates.

As an addictive substance, alcohol is in a class all its own. Rates of alcoholism have remained a global health concern for centuries whereas rates for other forms of addiction have fluctuated over time. Breakthrough medication treatments in alcohol rehab have seen ongoing success in terms of helping people stay in recovery and increasing the likelihood of long-term sobriety.

If you or someone you know struggles with alcoholism please feel free to call our toll-free helpline at 800-839-1686Who Answers? with any questions or concerns. Our phone counselors can also provide you with information on treatment programs in your area.