Signs of Oncoming Relapse & When to Re-Enter Alcohol Rehab Treatment

People recovering from alcohol-based addictions well know the roller coaster ride the recovery process can be. The effects of chronic alcohol abuse leave lasting imprints on the brain’s physical makeup as well as on how the mind copes with daily life events.

Albeit so, a big part of recovery entails developing an awareness of self and developing the types of strategies that make continued abstinence possible. Being able to spot signs of oncoming relapse can go a long way towards maintaining continued progress in alcohol rehab recovery. 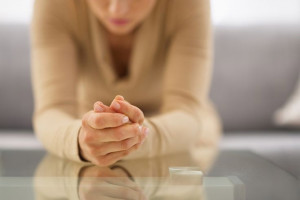 More often than not, people just entering alcohol rehab view recovery as an “either/or” dilemma in terms of maintaining sobriety versus giving in to the urge to drink. In actuality, alcohol rehab entails a process of growth and change, and for some people relapse becomes a part of the growth process.

According to the U. S. National Library of Medicine, alcohol addiction is a chronic, relapse-prone disorder that can affect a person’s life long after he or she stops drinking. While not everyone will relapse in recovery, the urge to drink can persist long into the recovery process. Ultimately, as a person progresses through the alcohol rehab process, he or she develops the necessary tools for maintaining sobriety on an ongoing basis.

Over time, alcohol creates chemical imbalances that eventually start to impair major systems throughout the brain. Alcohol addiction develops out of alcohol’s effects on the brain reward system.

The reward system regulates learning processes, compiling information from the brain’s cognitive and limbic centers to determine a person’s individual motivations, drives and priorities in life. Alcohol skews reward system functions, which accounts for how alcohol becomes the center of a person’s daily life.

Incidentally, the brain circuits involved in modulating stress levels overlap with the chemical processes that run the brain reward system, according to the National Institute on Alcohol Abuse & Alcoholism. In effect, these conditions not only make recovering alcoholics more sensitive to daily stressors, but tie the brain stress response directly into the mechanisms that trigger drinking urges.

While a relapse event can happen within a manner a minutes, the addiction mindset starts to surface well before a person actually takes a drink. As alcohol addiction does affect different people in different ways, relapse cues and triggers vary from person to person; however, certain general undertones prevail:

How to Return to AA After a Long Absence

When to Reenter Alcohol Treatment

The further along a person gets in alcohol rehab, the greater the role one’s support system plays in sustaining his or her recovery progress. Someone who’s approaching relapse has likely disengaged from the recovery process in general, leaving the door wide open for addiction-based thinking to take hold.

Once a relapse occurs, re-entering alcohol rehab treatment should be the first step taken. For people on the brink of relapse, getting a sponsor, entering therapy and/or frequenting support group meetings more often may be all that’s needed to ward off a drinking episode.

If you or someone you know struggles with overwhelming urges to drink and have questions about how to avoid relapse, or need help locating an alcohol rehab program, please don’t hesitate to call our toll-free helpline at 800-839-1686Who Answers? to speak with one of our addictions counselors.

Calls to any general helpline (non-facility specific 1-8XX numbers) for your visit will be answered by one of our treatment partners, a paid advertiser on AlcoholicsAnonymous.com.