Is There Research to Back Up AA’s Effectiveness?

According to a paper published in the Journal of Addictive Diseases, “Research on the effectiveness of Alcoholics Anonymous (AA) is controversial and is subject to widely divergent interpretations.” In addition, though the program is still the most heavily sought after treatment for alcoholism and other alcohol abuse disorders, the research surrounding it is not as prevalent as that associated with other treatment options. Still, there is considerable research available to back up AA’s effectiveness, as well as the large following of individuals who have found help in the program.

Why is the Research Less Prevalent than that Conducted for Other Treatment Methods?

As stated by the National Institute on Alcohol Abuse and Alcoholism, “High-quality clinical trials assessing MHGs [mutual-help groups such as AA] are difficult because of their voluntary and anonymous nature.” The fact that these programs do not work like traditional treatments makes it harder for studies to be conducted, especially thoroughly and on a large scale. 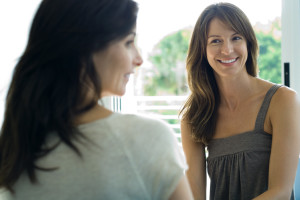 The social support provided in AA meetings has been shown to be beneficial for those in recovery.

Also, AA does not affiliate itself with any organization, whether treatment-based or religion-based, and “does not endorse or oppose any cause (Office of National Drug Control Policy). Because of this, other programs interact with it, but different individuals can have completely different backgrounds, be receiving other forms of treatment in addition to AA, and have many other discrepancies that make research difficult.

A person can also have a casual relationship with AA, though the program does recommend a strong encounter with its teachings for the full effects to be gained. Still, an individual can attend meetings as little or as often as they like and do so on an extremely flexible schedule, making it difficult to determine just how effective the program is and to what degree participation is required. All in all, it is difficult to conduct the kind of strong research necessary to prove the effectiveness of AA beyond a shadow of a doubt.

What Does the Existing Research Say?

In addition, it has been overwhelmingly proven that social interactions and support from others are beneficial and necessary components to the recovery of many individuals, something support groups like AA help provide. For those whom the program works, this side of it at least is considered beneficial to and successful for recovery.

AA as an Effective Treatment for Alcohol Use Disorders

The effectiveness of AA is backed up by research, albeit not as strongly as evidence-based approaches like behavioral therapy and medication. However, most individuals can judge for themselves whether or not the program could be helpful to their specific needs by attending meetings. After all, the program is free to attend and a person can go to meetings as much or as little as they like. If you would like to find out more about AA, call 800-839-1686Who Answers? today.

Could AA Be Right for Me?