Is It Okay to Date My AA Sponsor?

A person’s sponsor in AA is meant to be a helper and an advisor as the individual attempts to navigate the difficult journey of recovery and sobriety. However, it is not advisable for someone who is in AA to date their sponsor.

Dating and Recovery in AA

It is normal for people to feel attracted to one another in AA, but it is usually suggested that a person doesn’t begin dating someone––especially someone in the program––at all until they have been sober for at least a year. Sometimes, it is suggested that the person buys a plant and keeps it alive for a considerable amount of time before moving on to keeping a pet. Then, once they have kept their pet alive and healthy for a while, they can consider dating.

Dating another member of AA can be difficult in many ways because both people are likely to be vulnerable and the relationship could possibly end up becoming codependent;this is potentially problematic for both individuals involved. There are some circumstances, though, where AA members can begin to date people outside the group and even in it. Nevertheless, it is always a bad idea to date one’s sponsor.

Why Can’t I Date My Sponsor? 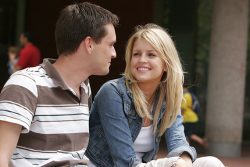 Dating your AA sponsor could compromise your recovery efforts.

There are many reasons why it is problematic and even unsafe to consider dating one’s sponsor in AA.

According to the National Institute on Drug Abuse, the group therapy model that AA utilizes “draws on the social support offered by peer discussion to help promote and sustain drug-free lifestyles.” This is the focus of the program, and when a relationship between a sponsor and their sponsored member becomes complicated with romance, they will no longer be focused on their sobriety. It also puts them in considerable danger of relapse.

A sponsor should always refrain from creating this kind of relationship with the person they are sponsoring, and it is important that any inappropriate behavior by a sponsor should end the relationship between the two members. AA is meant to be safe for everyone, and this rule helps to keep it this way. If you have more questions about AA or want to find treatment, call 800-839-1686Who Answers?. 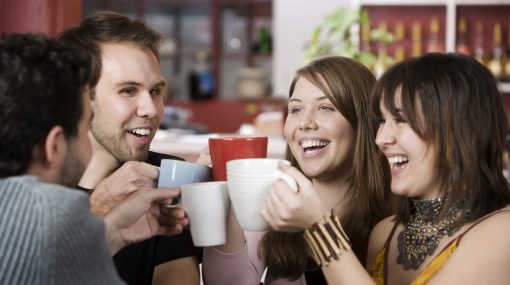 5 Ways to Meet People in AA

On the surface, it seems easy. You walk into the room. Stand at the podium. Introduce yourself. “Hi. My name’s …