As a central component of Alcoholics Anonymous, AA meetings have been around for over 80 years, supporting recovering alcoholics in their quest to live sober lives. Unlike formal treatment programs, AA participants can work at their pace and take what they need from AA meeting groups.

A big part of the AA model draws from beliefs involving a Higher Power. Many who attend AA view the God of Christianity as their Higher Power, which is their choice to make.

In actuality, AA does not mandate any one Higher Power figure, but encourages members to define a Higher Power based on their own personal understanding of this concept. Rather than violate religious freedoms, the use of a Higher Power in AA meetings plays a critical role in helping a recovering alcoholic restore his or her sense of self and connection with others.

For more information on AA meetings and 12 Step programs, call our toll-free helpline at 800-839-1686Who Answers?. 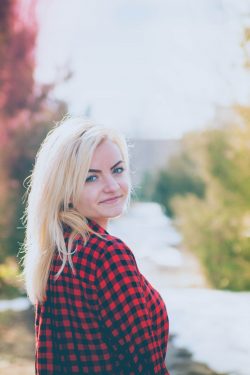 Your Higher Power can be just about anything, including nature.

The aftereffects of alcoholism not only compromise a person’s physical health, but also his or her psychological well-being. In effect, alcohol addiction creates its own morals, values and belief systems, all of which work to drive continued drinking.

According to the Substance Abuse & Mental Health Services Administration, recovering from alcoholism means replacing these destructive beliefs and motivations with the type of mindset that can maintain a sober lifestyle. For these reasons, the AA model incorporates a Higher Power as a means for bringing addiction’s aftereffects to light.

The AA Definition for Higher Power

AA defines a person’s Higher Power as any aspect of his or her life that’s life-affirming in terms of a Higher Power’s ability to inspire truth and faith. In this respect, a Higher power can take on any one of the following forms:

Violating a person’s religious freedoms entails forcing him or her to worship an assigned deity. The Higher Power aspect of AA meetings rather encourages individuals to define this concept for themselves.

The Role of a Higher Power in AA Meetings

According to Mayo Clinic, the addiction-based belief systems that result from chronic drinking account for why it’s so hard for recovering alcoholics to maintain sobriety on an ongoing basis. While alcohol dependence takes root in the body, alcohol addiction lives inside the mind influencing a person’s thoughts, emotions and behaviors.

The role of a Higher Power in AA meetings works to reveal addiction’s influence for the destructive force that it is and replace this mindset with one that reflects the very best of who a person is.

How Does One Communicate with Their Higher Power in AA?

Learning to Ask for Help

Alcohol addiction breeds an ever-growing need to control one’s life in terms of how you feel and act at any given time. In effect, alcoholics learn to use alcohol as a means to take care of themselves while trying to cope with daily life pressures.

A necessary first step in recovery entails replacing these coping beliefs and behaviors with something that relieves a person of the need to control his or her life with alcohol. The role of a Higher Power in AA meetings teaches recovering drinkers to reach out for help when the need to drink becomes overwhelming rather than self-soothe with alcohol.

If you’re struggling with a drinking problem and need help finding a treatment program, call our helpline at 800-839-1686Who Answers? to speak with one of our addiction counselors.