Home › Consequences of Teen Drinking and How to Prevent Them

Consequences of Teen Drinking and How to Prevent Them

The use of alcohol by teens is nothing new. It has been something that has become such an ingrained part of our culture as to become nearly invisible. The National Institute on Alcohol Abuse and Alcoholism states that more adolescents use alcohol than either tobacco or marijuana, and more than 8 million kids admit to drinking alcohol in the last year. That figure, alone, is staggering. Additionally, each year approximately 5,000 kids die as a result of underage drinking. As if these statistics alone were not enough to cause alarm, consider that nearly 20% of all fatalities in alcohol related vehicle crashes are the result of teen drinking. However, the worst part is that there is a whole host of short and long term consequences of teen drinking, as well. 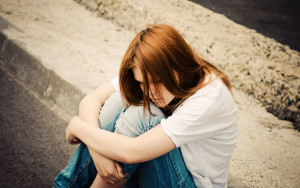 Teen drinking can lead to legal problems and difficulties in school.

All of these consequences can add up to a poorly adjusted teen, which will only continue to drink in order to avoid these ever-escalating problems. Which, in turn, leads to even more dire consequences.

No one wants our youth to have to deal with these consequences. Neither the short term, nor the long term. So, how do you prevent the consequences of teen drinking?

How Alateen Meetings Help Teens Find their Own Recovery

Of course, if a teen has already started down the path of alcohol abuse there is little that these things can do to stop it. However, there is help available. There are medical and counseling options, as well as 12 step programs such as Alcoholics Anonymous, which has shown to be especially effective with teens. It is never too late to seek treatment for alcohol abuse, and starting early is shown to have far better results.