Home › Changes in Alcoholism during the Holidays

Changes in Alcoholism during the Holidays

The holidays should be a time of happiness, family, socializing, and fun. Unfortunately when combined with alcohol the stress and pressure of the holiday season can quickly become too much for some people. Overindulgence in alcohol is one of the consequences of the holidays. There are drastic changes in alcoholism during this season. Some find it extremely difficult to maintain even the thinnest veil of sobriety. Most of these changes are increases in alcohol related deaths, abusive behavior, and relapse rates. These increases can only be stopped with a decrease in alcohol consumption and proper inpatient or outpatient rehabilitative care. 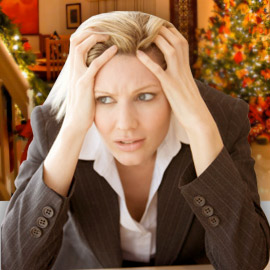 People tend to abuse alcohol during the holidays.

Unfortunately, this is not new information. It happens every year to thousands of people. The victims are not only people consuming alcohol but also those who are affected by those that consume alcohol.

Almost everyone has a story of a holiday ruined by an abusive relative. Alcohol related holiday trauma is commonplace in many families. There are even people who no longer celebrate the holidays because of these incidents of abusive behavior.

Dramatic Increases in the Relapse Rate

It is also difficult for recovering alcoholics to maintain sobriety during the holidays. With the drastic change in both the amount and pattern of drinking, it is difficult for some to say no to a holiday toast or eggnog, not to mention a New Year’s Eve glass of champagne.

With the increases in alcohol related deaths, difficulties with sobriety, and dramatic increases in relapse rates, the holiday season is a perfect time to consider your rehab options. Holiday drinking does not necessarily stop with New Year’s Eve. Some people continue their holiday drinking even after the holidays have ended.

A good way to tell if checking into a rehab center is necessary after the holidays is if you have difficulty sticking to a minimum amount of drinks at a party. If you plan on two or three drinks and end up drinking six or seven, it is probably time to seek help. Call us at 800-839-1686Who Answers?, we can help.