Home › Am I A Heavy Drinker?

Am I A Heavy Drinker?

We live in a world where alcohol is available just about everywhere, all the time.  Drinking helps people seal deals, celebrate milestones and have fun with friends. Health and wellness experts say that drinking in moderation can even help the heart.  But it’s all too easy to cross the line from social or moderate drinking into alcohol abuse, often without really realizing it.

If you’re drinking more than you used to, or your drinking is having negative consequences, you may be a heavy drinker at risk for developing an alcohol use disorder.

Moderate, Heavy, or In Between?

A few years ago, the US Department of Health set guidelines for what could be considered “moderate” drinking at one drink per day for women and two for men.  That doesn’t refer to the amount of liquid in a glass, but to the amount of alcohol that liquid contains.  For these purposes, a standard drink contains about 14 grams of pure alcohol. 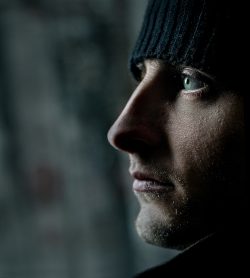 Heavy drinkers tend to hide their alcohol use from others.

That means that as far as alcohol content is concerned, 12 ounces of regular (not light) beer, 5 ounces of wine and 1.5 ounces of a distilled spirit such as gin or whisky are equivalent – all contain the same amount of alcohol.  Depending on what you choose to drink and under what circumstances, it’s easy to cross from moderate to heavy drinking almost without realizing it.

Heavy drinking is abusing alcohol. It comes in many forms, though, so it’s easy to believe you aren’t drinking heavily if your behaviors don’t fit the stereotypes.

Binge drinking involves consuming a lot of alcohol in a single event.  Though it’s often associated with college campuses, bingeing can take many forms, from consuming a whole six pack by yourself or ordering bottle after bottle of wine at dinner.  People who binge-drink often don’t consider themselves heavy drinkers or alcoholics because they may not drink at all between episodes.

Steady drinkers may not binge or drink a lot at once, but they often drink a considerable amount of alcohol throughout the day, and they may not realize how much they’ve actually consumed.  But if they stop, they may find themselves experiencing withdrawal symptoms such as shakiness or anxiety.

Recognizing the Symptoms of Heavy Drinking

The National Institute on Alcohol Abuse and Alcoholism defines heavy drinking as more than 4 drinks on any one day, or 14 drinks or more per week for men. For women, the limits are lower – more than three drinks a day, or more than 7 per week.

If your drinking exceeds these limits, or if you’re experiencing any of these signs associated with heavy drinking, it may be time to consider treatment:

What is a High-Functioning Alcoholic?

Whatever the pattern or frequency, heavy drinking can lead to an alcohol abuse disorder, or addiction, that can put your life and the lives of others at risk.  Inpatient alcohol treatment can help break the patterns of heavy drinking and provide a distraction-free environment to focus on building a new alcohol free life.

Unlike outpatient rehab programs, a stay at a residential treatment center offers resource and support for all stages of recovering from alcohol abuse. What’s more, inpatient programs have a far higher rate of overall success than outpatient alcohol addiction programs offering similar services.

Are you concerned that you or someone you love might be a heavy drinker? Help is just a phone call away.  Contact us at 800-839-1686Who Answers? for the answers you need today.