Are There Alcohol Seizures? A Guide to Alcohol-Related Seizure Activity

Seizures are disturbances in electrical activity in the brain that can result in a wide range of physical symptoms. There are many different types, symptoms, and causes of seizures. Internal or external factors can lead to alcohol seizures, such as misusing alcohol or having alcohol addiction.1

How Do Seizures Occur? 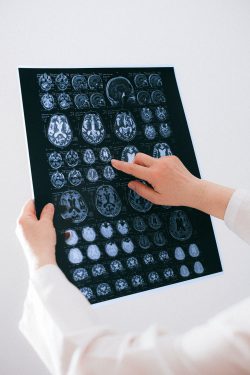 Everyone is susceptible to alcohol seizures given the right circumstances. The more you encounter internal and external factors, the brain can become more susceptible to a seizure. For example, someone consuming excessive alcohol may be too much for the brain to process, and a seizure may occur.1

The brain functions by creating electrical impulses or messages that tell the body what to do. The impulses travel through neurons that are constantly firing signals to other neurons.2 If you want to remember something important, for example, electrical impulses are generated that involve the part of the brain called the hippocampus. If you’re going to walk or talk, neurons send messages to the areas of the brain responsible for those actions.

Where seizures occur in the brain determines which parts of the body will be affected. Seizures can be focal—or occur on one side of the brain—or generalized in which they appear in both sides of the brain. There are “provoked seizures” or acute symptomatic seizures.

What Are Alcohol-Related Seizures?

Alcohol, consumed in high doses, suppresses the central nervous system, making it more difficult for the brain to function. The misuse of alcohol changes neurons in the brain and can lead to neurodegeneration, meaning neurons can die or function less effectively.3

When studied, those with alcohol use disorder show brain impairments related to memory and behavior control. Alcohol also affects other areas of the brain, such as:4

In each of these parts of the brain, neurons communicate. Alcohol interferes with this communication. Because alcohol is a depressant, it has a sedating effect on excitatory nerve cells and pathways.5 The results of neuron communication interference, or disruption, may include alcohol seizures.

Risk factors for tonic-clonic seizures other than misusing alcohol include: 6

How Are Seizures Linked to Binge Drinking?

Binge drinking causes changes to regions of the brain that impact neurodevelopment. It can also degrade neural white matter, cognitive impairment, and brain structural abnormalities. These are long-term consequences of heavy drinking. Alcohol withdrawal can occur after binge drinking, with seizures occurring in those who may be at risk.7

Along with damages to the brain, binge drinking can negatively impact other body parts, such as:7

What Is Alcohol Withdrawal Seizure?

The rarest yet most dangerous withdrawal symptom involving seizures is delirium tremens (DTs), which usually appear after 48 hours of alcohol withdrawal and can last up to five days. DT symptoms may include shaking, fever, hallucinations, disorientation, and alcohol withdrawal seizures. For some, DTs can be fatal.

Those at risk for severe alcohol withdrawal symptoms include those with the following:9

How Do Alcohol-Related Seizures Affect People With Epilepsy?

In a recent study, 37 out of 204 participants with epilepsy who excessively consumed alcohol in the previous 12 months reported having a seizure. Researchers noted that binge drinking and heavy alcohol misuse suppress natural inhibitory neurotransmitters, including glutamate and GABA.10

Brain activity associated with alcohol is initially suppressed, reducing the risk of seizures. However, after binge drinking measured brain activity indicates a higher risk of seizure activity. The time it takes for a seizure to occur varies among those with seizure disorders. It can happen shortly after cessation of alcohol or hours later when coping with a hangover, especially for those with generalized genetic epilepsy.10

Signs of an alcohol withdrawal seizure are varied and different for each person. However, a person may be having an alcohol-related seizure if they exhibit:11

After a seizure ends, post-seizure symptoms may continue. Continue to check in with the person even if they seem fine or try to convince you they feel fine. Signs that can appear between minutes and two weeks after the alcohol seizure include anxiety, depression, agitation, mood swings, and mania. Post-seizure, physical signs may consist of excessive salivation, oversleeping, vomiting, inappropriate laughter, and sighing a lot. Even more severe symptoms may appear for some, such as migraines, psychosis, delirium, and memory loss.12

How Can I Help Someone Having an Alcohol-Related Seizure?

You can do certain things to help someone having an alcohol-related seizure. First, remain calm. Although it can be stressful, remaining calm will help you and the person having a seizure. Other things you can do:13

If you feel their life is in danger at any time, call for help. Reports suggest contacting 911 if the person:14

If you aren’t sure how to help the person having a seizure, call 911 and follow the operator’s instructions.

What Should I Do After an Alcohol-Related Seizure?

Seizures occurring after misusing alcohol, whether binge drinking or long-term misuse, could be a sign of a much bigger problem. If alcohol withdrawal seizures are a symptom of alcohol withdrawal, that means the body may be dependent on alcohol to function.15

Seizures may not be the only symptom of withdrawal. They may accompany additional symptoms like shaking, sweating, flu-like symptoms, muscle cramps or spasms, digestive problems, and irritability.

An alcohol assessment will help determine if a person experiencing alcohol-related seizures need treatment for a possible alcohol use disorder. The assessment process involves meeting with a licensed alcohol use disorder therapist at a treatment facility or detox center. It is a safe, confidential place where you can be honest about alcohol misuse. Together, you can create a treatment plan based on your physical, emotional, and medical needs.

Assessments help treatment professionals figure out if a problem exists and, if so, determine the diagnosis. Then, they will make treatment recommendations, if needed. They will use multiple assessment tools to get an accurate portrait of your current alcohol misuse, as well as your and your family’s history with alcohol misuse.

Your provider may recommend specific services based on your seizure history. For example, if you have experienced seizures, you may need to participate in inpatient detox supervised by medical professionals rather than detoxing in an outpatient setting.

Our specialists can discuss your treatment options at 800-839-1686Who Answers?.

How Can My AA Counselor Help Me With the First Steps?