Alcohol Awareness Month & When to Seek Treatment for Alcoholism

My second stint in rehab was impactful. My first and third were, too, but the second time receiving treatment for alcoholism stands out. Mostly because of two people I met while in rehab: Sally and Troy.

Both Sally and Troy were in treatment for alcoholism. Both had very different reasons for their years of heavy drinking. By talking to them over a few weeks, the conversations broadened the way I thought about drinking.

In short, I learned unique individuals drink for unique reasons: grief, stress, anxiety, depression, rejection, hopelessness, poverty, social norms, trauma, and an entire myriad of reasons too long to list here. In other words, there was no “typical” alcoholic.

During my second stint in rehab, I also became aware of the insidiousness of alcoholism and the cycle of addiction. April is Alcohol Awareness Month, and in my experience, awareness helps us to understand the underlying motivations and foresee the habit-forming onramps towards alcoholism.

Why Sally and Troy Sought Treatment for Alcoholism 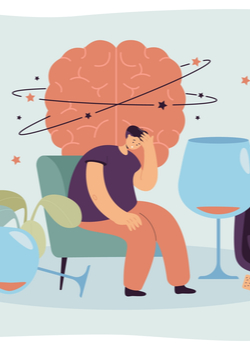 Sally had been a single mom. In her heart, she probably always would be. Unfortunately, her 15-year-old son died two years before in — what could only be described as — a tragic accident. In short, he fell off a bike and onto a short, metal post sticking out of the ground.

Why did it happen to her? Who should she blame? What did she say to her son that morning before he went to school? Why should she care about being alive anymore?

Unfortunately, for Sally, alcohol didn’t answer any of these questions. However, alcohol did keep her from consistently asking them. So, she drank. From a bottle of white wine before work in the morning to 3 more bottles before going to sleep that night, she drank until her alcohol dependence dominated her day-to-day schedule.

Unsurprisingly, her work suffered. After an intervention, she took advantage of her company’s Employee Assistance Program (EAP) and went to rehab. Also unsurprisingly, her employers (like her friends and family) were sympathetic to Sally’s situation.

Grief, Stress, and the Reasons We Drink

Troy was the employer — of over 1500 employees to be exact. As the CEO of a regional tire manufacturer, Troy was visited almost daily by two or three men in suits during lunch and visitation times. Only in his mid-50s, Troy looked 70, walked with a gold-headed cane, and told well-meaning jokes to others in rehab through his exhausted breath.

His current treatment for alcoholism focused on one main aspect of his life — stress. Decades of endless emails, touring factories, meetings (and drinking) with clients, and the grind of 80-hour workweeks had taken its toll. That toll was a fifth of expensive Scotch every day and his eroding health.

In a 2019 National Survey on Drug Use and Health, 85.6 percent of adults (ages 18 and older) reported drinking at some point. This comes as no surprise. Most of the world accepts alcohol as a societal norm. However, the abuse figures are a bit more startling.

A 2019 poll by The National Institute on Alcohol Abuse and Alcoholism (NIAAA) indicated that 29.7 percent of adult men and 22.2 percent of women had binge drank in the last month. It’s important to note that both these reports were released pre-pandemic. Considering the emotional turmoil, isolation, job insecurity, grief, and societal uncertainty that the pandemic caused, boozing and substance use rates, in general, skyrocketing.

In fact, researchers found that binge drinking among adults increased by 21 percent during the pandemic. If you think that’s an incredible increase, you’d be right. If you want evidence, you can look at the increase in liver transplant requests in the past year.

According to the NIAAA, teen drinking kills 4,700 individuals each year. Among this age group, that is more substance-caused fatalities than all illegal drugs combined.

I received my second inpatient treatment for alcoholism at 20 years old. I first went to rehab at 18 for alcoholism. At that age, I didn’t end up in rehab because I drank at high school parties. I went because I began showing signs of jaundice.

At a young age, whether I went to school that day or not, I tended to drink and smoke pot quite a bit (understatement). The point is that it’s wrong to think that teenage drinking is solely about parties and recreation. I did good at school, and my home life was fine, but I did find myself stressed — like Troy but with overdue Algebra II homework and typical (if not a bit more dramatic) teenage angst.

And after meeting Sally, I’m glad I received treatment as a teenager. It wasn’t difficult to imagine the grief in Sally’s eyes under my mother’s often concerned brow.

Fittingly, Alcohol Awareness Month shares its April observance with Stress Awareness Month. Although recognized separately, stress and alcohol awareness requires us to notice the deep interconnectivity between the two.

Using alcohol to cope with stress isn’t exactly a problem — within reason. Millions of people have wine with dinner or a beer after a hard day’s work. Lowering one’s blood pressure has its place. Alcohol may not be the best answer, but it’s understandable.

However, the more insidious part of alcohol is its ability to actually increase stress — especially concerning the things that may’ve stressed us out and caused us to drink in the first place.

Problems at work? You go on a weekend bender and are then hungover until Wednesday. Relationship conflicts? You get drunk and say things that will be hard to explain away later. Depressed and need relief? You drink only to find your dopamine levels diminished.

As it was said once on The Simpsons, “To alcohol, the cause of and solution to all of life’s problems.” That’s the cycle of alcoholism. Drinking seemingly helps us cope with problems while increasing the problems we think we’re solving by drinking.

When To Consider Treatment for Alcoholism

There’s no quick and easy answer concerning when to seek treatment for a substance use disorder (SUD). Everyone is unique and so are their problems. However, the DSM-5 has provided a guideline to help us gauge the extent of our alcohol use and its correlative diagnoses.

The questionnaire is as follows: 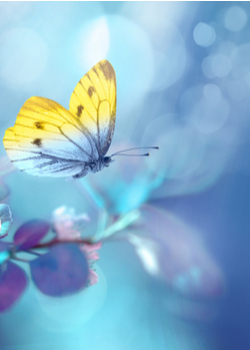 Whether you fall under a mild, moderate, or severe alcohol use disorder, there’s no specific threshold to meet for receiving treatment. The rock bottom hypothesis doesn’t necessarily work because, for many, that rock is a gravestone.

In April, we’ll celebrate the upcoming Spring, when life and good weather abound. When Easter offers the hope of renewal for many. And when we remind ourselves about the pitfalls and risks of excessive drinking, the mental (and physical) strain of stress, and the potentially devastating relationship between the two.