LGBTQ+ People Are Twice as Likely to Have an Alcohol Addiction: Here’s Why

Research indicates that individuals in the LGBTQ+ community are at higher risk of alcohol misuse and addiction.1 In fact, studies show that people who self-identify as lesbian, gay, or bisexual are approximately 2 times as likely to have an addiction than straight peers and transgender individuals are close to 4 times as likely. 2,3

When compared to straight, cisgender people (i.e., people who identify with the gender they were assigned at birth), LGBTQ+ people are more likely to misuse alcohol at younger ages and to drink excessively later in their lives.6

Individuals in the LGBTQ+ community have higher risks of experiencing traumatic events that have been linked to substance misuse and the development of addiction. LGBTQ+ people also report higher levels of depression and anxiety during crisis events than peers.5

In addition to this increased risk for addiction that can be observed across the community, LGBTQ+ individuals unique risk factors associated with their identities. Many LGBTQ+ people also have reduced access to mental health resources, including alcohol addiction treatment.

Lesbian women have been observed to be more likely to engage in harmful drinking behaviors and to be at higher risk of developing alcohol use disorder than straight women. 5

While research has not drawn specific conclusions about why gay women are so much more likely to misuse or become addicted to alcohol than straight women, studies do show certain risk factors for alcohol abuse in the community.

Studies indicate that gay women experience certain mental health concerns—many of which are associated with a higher rate of substance misuse—more often than straight women. These concerns include: 5

Gay men have been observed to misuse alcohol as a coping mechanism, as well as part of a pattern of risk-taking behaviors that may be related to addiction, trauma, peer influence, or mental health conditions.

Homophobia and discrimination against gay men has been related to negative mental health outcomes both historically and currently. Discrimination may create barriers in seeking services or maintaining employment, feeling a sense of safety, or otherwise feeling fulfillment and purpose. Homophobic attacks—both verbal and physical—can cause lasting trauma.6

Despite advancements in both the understanding and treatment of HIV and other sexually transmitted infections, some people still stigmatize gay men based on the AIDS crisis of the 1980s.6,7

Gay men of color are vulnerable to additional systemic oppression, which can be related to the homophobic beliefs about specific marginalized communities or the criminalization of homosexuality.1

Substance use may become part of a mental health condition—such as the rituals of obsessive compulsive disorder (OCD)—or a disordered eating pattern—such as binge drinking. Substances may also be used in an attempt to control one’s body composition, such as to lose weight or build muscle.

Bisexual people may experience their identity in an entirely different way than other members of the LGBTQ+ community, feeling invisible because people may assume their sexual orientation based on who their current partner is. 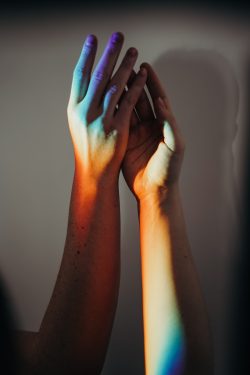 Bisexual people often experience pressure to meet the beauty standards for both straight and gay people.

Bisexual men experience issues with body image due to the pressures of sociocultural norms to meet expectations of what is attractive. The experience of sexual objectification has been shown to be a significant issue within the subgroup of bisexual men.1

This stigma, especially the pervasive idea that bisexual people are promiscuous or more likely to be unfaithful to their partners, can create hostility, pressure to act in a specific way, and potential trauma that may contribute to alcohol misuse. Often, trauma must be treated as a separate but contributing issue in alcohol addiction programs.

Those who identify as bisexual report higher rates of depression and anxiety compared to other groups in the LGBTQ+ community.4

Preliminary research indicates that transgender people have higher odds of reporting an alcohol-related sexual assault than both cisgender men and women. Transgender people who reported having a history of assault and verbal threats related to their gender identity also reported higher rates of excessive episodic drinking behaviors.8

The trauma associated with transphobic behaviors serves as a precursor to alcohol misuse and alcohol-related problems.8 If left unaddressed, trauma can affect alcohol addiction recovery outcomes.

Transgender people are more likely to experience work, housing, and other discrimination than any other LGBTQ+ group. In a study about alcohol misuse among transgender people, over 57% of the transgender participants were unemployed.8 Transgender people may even be barred from businesses and may not be allowed to use their gender’s bathroom in public places.

Financial, housing, life, and food instability are well-documented risk factors for alcohol misuse, as is discrimination and microaggressions.

Not every transgender person experiences gender dysphoria (i.e., distress directly related to one’s personal sense of gender, which may be related to sex characteristics). However, many transgender individuals experience some level of bodily discomfort. This discomfort may include body dysmorphia (i.e., obsessive thinking about a perceived flaw in one’s own body).

The mental distress of gender dysphoria or body dysmorphia may contribute to alcohol misuse.

Many transgender individuals seek gender-affirming medical care—such as hormone replacement therapy or gender-affirming surgery—to treat the distress related to these conditions. However, these medical interventions are not readily available from all providers and can be extremely expensive. The inaccessibility of gender-affirming care, which is the accepted treatment for gender dysphoria, may increase the severity of mental health symptoms.

These symptoms may be related to substance misuse, as may the financial difficulty that can result from attempting to pay for services that are not covered by health insurance or are not available locally.

Transgender people have be observed to have higher instances of mental health conditions and symptoms than the general population. Transgender people who have received a formal diagnosis of gender dysphoria are:9

Targeting By the Alcohol Industry

Research indicates that alcohol use is part of identity construction in many communities, including the LGBTQ+ community.10 This is due in part to the historical association of bars as meeting places for the community before individuals could so much as hold hands openly. Many members of the community think of the Stonewall riot—which took place in a gay bar—as one of the pivotal events in recent history.

Many marketing tactics by alcohol distributors are informed by this association.

Members of the LGBTQ+ community have pointed out that certain distributors, such as Smirnoff, have rebranded old drinks to play to the perceptions that exist within the community.9

An additional result of this type of marketing has resulted in issues surrounding identity development amongst the LGBTQ+ community. Individuals may feel pressured to drink heavily or align their identity with specific drinking behaviors, such as heavy drinking or choosing a specific type of alcoholic beverage.10

Barriers for Treatment for LGBTQ Community

Discrimination and stigmas can create barriers to alcohol addiction treatment.

Many programs are intended for a specific demographic. However, even programs that attempt to accommodate LGBTQ+ individuals may have discriminatory practices or even perpetuate medical abuse.

For example, some programs that were previously women-only have been opened up to nonbinary people. However, in some cases, staff training is not updated to reflect the change. A client’s pronouns may not be used or their gender-affirming hormone replacement therapy may be withheld during detox, either of which could cause emotional trauma, affecting mental and physical health.

Finding an LGBTQ+-informed alcohol addiction treatment program can be a critical part of the healing and recovery process.

This is particularly concerning when considering that a 2007-2017 Centers for Disease Control and Prevention (CDC) report showed that over 23% of lesbian, gay, or bisexual high school students and almost 27% of students who were unsure of their sexuality had used illicit drugs, compared to just over 12% of straight students.13

This trend of needing subsidized, low-cost, or free substance abuse treatment is also true for adults in the community, who may also experience difficulty maintaining a job, insurance, or a steady income. For this reason, LGBTQ+ individuals may need financial assistance, residential programming, structured aftercare, and transitional housing to assist with achieving long-term recovery.

The overall lack of cultural competence significantly impacts the quality of the physical and mental health treatment of members of the LGBTQ+ community. Initial screening practices often fail to identify problems associated with the trauma experienced due to sexual orientation and gender identity.11 Without this information, the treatment team cannot adequately meet an individual’s needs.

Surveys show that the majority of people who identify as LGBTQ+ do not feel embarrassed by questions about sexual preferences from their providers.9 When providers feel hesitant to ask, the lack of communication between a client and provider can create a barrier within a treatment program.

Entering a treatment program designed for your needs can help you find your path to recovery, based on the risk factors that contributed to alcohol use in the past. More organizations, including private and nonprofit facilities, are using available research to address the needs of the LGBTQ+ community.

Please call 800-839-1686Who Answers? 24/7 to speak with a treatment specialist for more information about your alcohol addiction treatment options.

10 Ways to Handle the Stress of the Holidays without Alcohol

Who Benefits from Alcoholics Anonymous Meetings?

Understanding Why Alcoholics Must Accept Their Powerlessness in AA

The Stages of Alcoholism: From Social to Severe