Alcohol Withdrawal Medication: Who Are Benzodiazepines Right For?

The American Psychological Association defines benzodiazepines as a drug introduced in the 1960s and became a drug to replace barbiturates, a drug seen in numerous overdoses of recreational users.

How Are Benzodiazepines Used to Treat Alcohol Use Disorder?

Treatment for alcohol use disorder happens in stages, starting with medical detox to manage withdrawal symptoms.

Symptoms of withdrawal can range from mild to severe, from uncomfortable to unbearable. Reports state there are risk factors that make it more likely you will have severe withdrawal symptoms, including:3

Physicians in many treatment facilities provide supervised medical detox. They utilize medicines such as benzodiazepines to alleviate withdrawal symptoms.

What’s The Difference Between Short– and Long-Acting Benzodiazepines?

Short-acting means the effects of the drug will last for a short period, usually no longer than 12 hours. The half-life of long-acting medicine can last for two or three days.4

How Do Benzodiazepines Help with Alcohol Withdrawal? 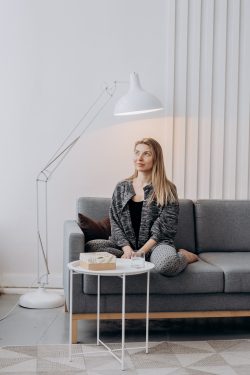 Benzodiazepines are available in various forms, including tablets, capsules, syrup, and injectables. A doctor may administer the medicine through an IV in a hospital setting for alcohol medical detox. How quickly medicine takes effect depends on the route of administration. How long medicinal effects last depends on the properties of the drug, the amount, and your body’s metabolism.4

Who Can Benefit from Benzodiazepines as Alcohol Withdrawal Medication?

Certain people make better candidates than others to treat alcohol withdrawal symptoms with benzodiazepines. Those who can benefit the most are those who:7

Who Should Not Take Benzodiazepines for Alcohol Withdrawal?

Warnings for doctors regarding benzodiazepines as alcohol withdrawal medication include considering other medication for patients who:8

Benzodiazepines are also contraindicated for anyone taking them for another condition or taking other medication for alcoholism.

What Are the Potential Side Effects of Benzodiazepines?

All drugs, including benzodiazepines, have the potential for adverse effects. Some who are taking the medication for alcoholism will not have any side effects. Many factors other than the drug play a role in how it reacts with the body. A few examples are allergies, underlying medical conditions, and interactions with other medicines.

Some of the most common side effects of benzodiazepines include:9

More severe, yet rare, side effects can occur with benzodiazepine toxicity. Complications can lead to:10

Fortunately, there is a medicine that can reverse the adverse effects of benzodiazepines, flumazenil if toxicity or overdose occurs.10

How Are Benzodiazepines Administered for Alcohol Withdrawal?

Medical staff breaks the total dose into four smaller amounts with fixed-dose treatments. For example, if a doctor prescribed 40mg benzodiazepines a day, the doses are given in 10mg doses four times a day.

Once symptoms subside, the doctor uses a tapering-off method for a week or longer to avoid any withdrawal symptoms from the benzodiazepine. This regimen is helpful in outpatient or inpatient treatment settings. 11

Reports indicate this type of treatment reduces complications and the amount of benzodiazepines needed for alcohol withdrawal during medical detox.11

However, if someone has a history of seizures or other complications of medical detox, this regimen is considered too high-risk for potential seizure activity.11

What Combinations and Alternatives of Alcohol Withdrawal Medication Are Used? 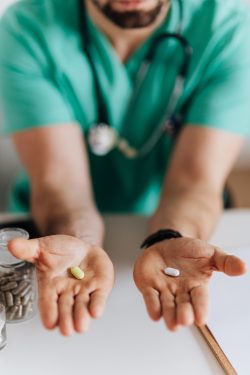 Alcohol use disorder often co-occurs with other conditions, including medical and psychological conditions. Combining or substituting medicines can potentially address these concerns more holistically than the typical first-line treatments for either condition.

Other medicines used with benzodiazepines or in place of them include:3

Nutritional therapy may also be part of medical detox and addiction treatment. For example, lack of thiamine, or vitamin B1, leads to cognitive impairments. Because many people with alcohol use disorder are vitamin B1 deficient, replacing it is crucial.12

If you are ready to start medical detox with alcohol withdrawal medication call 800-839-1686Who Answers? to speak to a treatment specialist.

Step 7 of AA: Ask Him to Remove Your Shortcomings

How Do I Make Amends While in Residential Care?

Why Admitting Your Wrongs to Another Person is Important in AA