When one partner is an alcoholic, the whole family can be sucked into the addiction. Alcohol addiction can destroy marriages, fracture families and leave lasting emotional scars.  Recognizing how alcoholism affects your marriage in ways both large and small can be the first step toward finding solutions and getting the help you need.

Good relationships are built on trust and respect, but alcoholism changes that.   Alcohol addiction is characterized by lying and deceit.  The person abusing alcohol may lie about drinking, how much he or she is drinking, or where money went.  They may disappear for hours or days without telling a spouse, or try to cover up legal or financial trouble caused by drinking.

Manipulation is a hallmark of alcohol abuse, and alcoholics may try all kinds of psychological ploys to get the spouse to do what they want.  Drinking may make a formerly reliable partner untrustworthy, or cause unpredictable emotional changes.  The non-alcoholic partner may find it impossible to trust or rely on the spouse who’s drinking – a situation that creates resentment and a sense of helplessness. 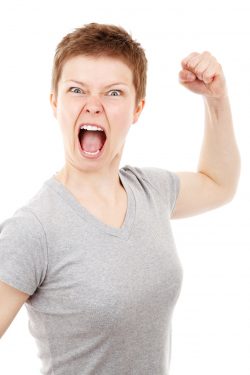 Alcoholics are more likely to become violent toward their partners.

Alcohol addiction can be expensive – and that can have a severe impact on a family’s welfare.  From diverting money needed for expenses to buy alcohol to the financial impact of dealing with arrests and other legal issues, the major and minor money problems caused by alcohol can destroy a marriage.  Jobs can be lost, and mortgages and medical bills can go unpaid, forcing the supportive partner to make up the deficits and “bail out” the alcoholic partner from difficulties like getting stranded far from home or crashing a car.

Alcohol plays a role in over 70 percent of US domestic violence cases. Whether they’re over alcohol itself or other issues, fights are common in households where one partner is abusing alcohol.  Many of those fights turn violent, too – and some end in death.

Because alcohol is a central nervous system depressant, it can make existing depression and anger issues worse, which can lead to suicide in susceptible people.  Children, too, are at risk of abuse in households with an alcoholic parent.

5 Keys to Understanding Your Alcoholic Spouse

Though a number of  “high-functioning” alcoholics manage to keep their lives on a relatively even keel, most don’t.  Alcohol abuse can cause people to:

To handle all this the family may have to move, or the non-addict spouse may be forced to get a new job.

It’s estimated that over a quarter of people in the US grew up in a household where a parent abused alcohol.   Living with an alcoholic parent can cause anxiety, depression and other emotional problems, and most if not all of the parenting may end up falling to the non-addicted spouse.

If alcohol related incidents jeopardize children’s welfare, outside agencies might step in, too. Legal interventions can range from court-ordered counseling and rehab to removing children from the home.

Alcohol abuse is often the overlooked “third wheel” in a marriage, and it can be tempting to minimize the damage it can cause.  But recognizing how alcohol affects your marriage is the first step toward finding solutions for a stable, safer life.

Is your partner’s alcohol abuse affecting your marriage?  We’re here to help – and we’re just a phone call away.  Call us now at 800-839-1686Who Answers? to find the answers you need for your family today.