Those who suffer from mental illnesses commonly turn to alcohol in an effort to self-medicate and escape their symptoms. On the other hand, those who suffer from alcohol abuse are at higher risk for mental health problems, since regular alcohol use can interfere with normal brain processes. Suffering from mental illness and addiction at the same time is known as dual diagnosis or co-occurring disorders, which can be effectively treated at most alcohol rehab centers.

If you’re suffering from mental illness and use alcohol to help you cope, understand you’re not alone and that help is nearby. Call our 24/7 confidential helpline at 800-839-1686Who Answers? to speak with an addiction counselor about your options for alcohol rehab and addiction treatment.

Those with bipolar disorder tend to abuse alcohol during the manic phase when they feel more sociable, as well as during the depressive phase to mask depression symptoms.

The Benefits of Mental Health Counseling during Residential Treatment for Alcoholics

Schizophrenia is a disorder that affects your ability to properly feel emotion, organize your thoughts, and behave normally. This condition is commonly accompanied by hallucinations on behalf of psychosis, which is disconnection from reality. Other common symptoms of schizophrenia include social isolation, inappropriate emotional response, and hostility.

Those who suffer from schizophrenia frequently abuse alcohol to improve social interactions, and to relieve other symptoms associated with their illness.

Major depression, also known as clinical depression, is when you experience the same depressive symptoms as those associated with bipolar disorder for at least two weeks at a time. 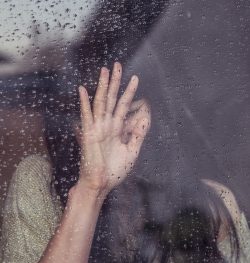 Sadness and excessive crying are common symptoms of major depression.

Common symptoms of major depression include:

Those who suffer from major depression often turn to alcohol with hopes of improving their mood, and to escape multiple other symptoms.

PTSD occurs when you experience or witness a traumatic injury, accident, or event from which you are unable to recover. With PTSD you might vividly recall the traumatic event repeatedly on a regular basis, and experience mental and emotional stress as a result. Those with PTSD drink alcohol frequently to escape visions and thoughts of their traumatic experiences.

OCD is when you experience uncontrollable, recurring thoughts known as “obsessions,” with repetitive behaviors known as “compulsions” that you may feel necessary to practice repeatedly. These urges may include washing your hands several times in a row, or checking appliances repeatedly to make sure they’re powered off. Those with OCD may abuse alcohol to relieve feelings of anxiety associated with their condition.

If you or someone you love is suffering from alcohol abuse and mental illness at the same time, understand that you’re not alone. Call our 24/7 confidential helpline at 800-839-1686Who Answers? to speak with an addiction counselor who can help you find rehab centers that treat co-occurring disorders.