Home › 10 Reasons why Alcoholics Lie about their Addiction

10 Reasons why Alcoholics Lie about their Addiction

According to the National Institute on Drug Abuse, one of the characteristics of any addiction is lying about the addiction. Most people who know an alcoholic or are related to one, know this is true of all alcoholics. It is the lying and denial creates an issue in relationships with alcoholics. There are many reasons why alcoholics lie about their addiction.

1. To Hide Their Alcohol use

Alcoholics often lie about drinking. They say they have not been drinking when they have or lie about how many they have. This lie is a defense against arguments that they are an alcoholic or if you have accused them of alcoholism before.

Some of their lies are told to gain your acceptance of their alcoholism. They want you to understand and condone their behavior and drinking. It is a way of getting you to accept and allow them to keep drinking.

3. To Make Themselves Look Better 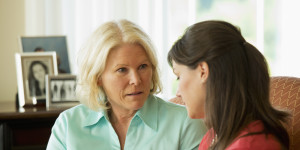 An alcoholic will often lie to their loved ones in order to avoid an argument.

The classic alcohol addict’s lies are to gain more alcohol. You might let them drink more if they lie about how many that they have had.

Again, this is lying to manipulate people into giving them what they want. This is usually alcohol or alcohol related. By appearing interesting, they think you will like them more and they can get what they want from you.

Some alcoholics lie to themselves as well as you. This is to avoid the reality of the situation. Everything may be falling down around them but the lies allow them to avoid what is actually happening.

7. To Avoid an Argument

8. To Deny they are Addicted

Many will lie and tell you that they can stop at any time or that they do not need to drink. This lie is often proven false because an alcoholic cannot stop their drinking. They might be able to slow it down for a time but they cannot stop it completely.

9. Because they are Ashamed of their Alcoholism

Some are actually ashamed that they are alcoholics. They know that they have a problem but are not ready to deal with it yet so they lie to you and themselves about it.

They also lie to keep from getting treatment for their alcoholism. If they are not ready, they will not want to quit. Fortunately, there is help available for you and for them. You can access this help by calling 800-839-1686Who Answers?.