10 Most Asked Questions About Alcoholics Anonymous

Alcoholics Anonymous is a community based organization that help alcoholics deal with their addiction. According to the National Institute on Alcohol Abuse and Alcoholism, 12 step programs are a viable way to stop drinking and prevent relapse. You have probably learned of rumors about different aspects of Alcoholic Anonymous. These rumors raise questions. Many people ask the same questions before joining an Alcoholics Anonymous group.

1. Is it a Religious Organization?

Technically, no it is not a religious organization, although there are quite a few aspects of spirituality in typical 12 Step programs. Most people believe in a higher power when they attend alcoholics anonymous meetings.

2. Who is the Higher Power?

The higher power in Alcoholics Anonymous is not necessarily a who. It can be one of many things. A few explanations of a higher power are: 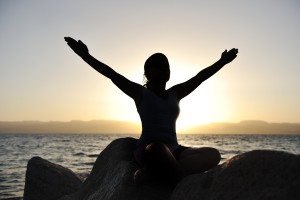 Your higher power can be God, your will, nature, or anything else you want it to be.

The higher power can be almost anything.

No, you do not have to have a sponsor. It is however, recommended that you have one. A sponsor is someone you can turn to who knows the program. They are there to help you when you are having trouble.

4. Does Alcoholics Anonymous Cost Anything?

5. Is Alcoholics Anonymous a Cult?

No, although some people accuse its members of cult like behavior, it is not a cult according to the definition of a cult.

6. Is it a Confidential Form of Treatment?

Although it is an anonymous form of treatment, it is only as confidential as you and the others that attend meetings make it. They are under a social obligation not to tell anyone you are there but not a legal one.

7. How Often Should I go to Alcoholics Anonymous Meetings?

You should go as often as you feel you need to. Many people start by going once a day and then gradually drop back their meetings to once a week, once a month, or just when they feel they need one.

8. What are the Rules to Alcoholics Anonymous?

The only rule of Alcoholics Anonymous is that you do not drink.

The Main Philosophies of Alcoholics Anonymous

9. Can you Combine Alcoholics Anonymous with Other Forms of Treatment?

Yes, you can combine Alcoholics Anonymous with any other form of treatment that helps you. Most treatment centers offer 12 step meetings and other forms of counseling. Although it is not mandatory, it is available.

10. Where can I Find More Information on Alcoholics Anonymous?

You can find more information about Alcoholics Anonymous by calling 800-839-1686Who Answers?. We can answer any question that you have.